5 Must know tips when traveling to Denmark 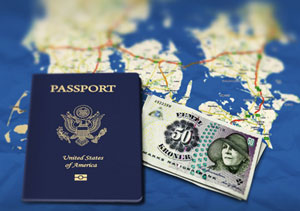 Traveling abroad shouldn't be done out of impulse. Whether it's Denmark or any other country, it's important for travelers to take time educating themselves on their destination before they set foot in the country. A little knowledge can go a long way in a foreign place and help you avoid some of the pitfalls and risks of international travel. With that in mind, here are five tips that can dramatically improve the safety and quality of an upcoming visit to Denmark:

1. Be Cautious of Security Threats When Overseas

Denmark is widely viewed as a safe place for foreigners to travel. It's a developed nation with low crime rates and a reputation for being a welcoming host to tourists and other international travelers. But like any other foreign country, there is extra risks for individuals visiting from a different country- particularly those not familiar with Denmark's culture.

Terrorist acts are perceived as a greater threat in European countries, Denmark included, and many criminals will target foreigners because they know they stand a better chance of getting away with crime. Stick to public areas and understand that even in a safe country- you can be a target.

2. Prepare for Much Different Driving Laws and Roadway Conditions

If you're renting a car or riding a bike to tour the country, you need to prep yourself beforehand on what you will be facing. You just can't believe how many people think that in Denmark driving lanes are flip-flopped from American's- drivers stick to the left side of the road on two-way streets, and the steering wheel is often positioned on the right side of the vehicle rather then the left. But this is not true and you should always check the facts before you go visiting Internet sites that are trustworthy. Roadway hazards may come as a shock because of the popularity with bicycles in Denmark. In many cases, bicycles have their own paths separate from the road, but this may not always be the case. And where bicycles and cars cross paths, bicycles are granted the right-of-way. Furthermore, pedestrians are discouraged from using bicycle lanes because of the risk of an accident. And with the winter months fierce and daylight shortened at the same time, it's customary for vehicles to have their headlights on at all times, and to be mindful of roadway conditions, which can get icy and aren't always maintained well.

3. Protect Yourself From Identify Theft

Identity theft is a serious threat for any traveler, regardless of the country. A lost wallet, stolen credit card information or other stolen personal material can devastate your credit rating and financial identity before you even arrive back home. Because of the added risks involved with international travel, many experts recommend purchasing identity theft protective services like LifeLock to keep an eye on personal information and protect you in the event of any attempted identity theft.

4. Familiarize Yourself with the Social Rules of Conduct

Smoking is not allowed on public transportation, nor is it permitted in some public buildings- always check before lighting up. Clothing expectations are similar to those in the United States, with casual attire being generally acceptable except for formal occasions. The biggest difference American's will experience is regarding drinking at a hosted event. It's frowned upon to drink until the host of the event makes a toast to kick off the evening.

5. Scrutinize your bills at hotels and restaurants

It's becoming more common for hotels, restaurants and other businesses to add extra, invalid fees and charges to bills in hopes of foreigners overlooking them or paying them without questioning the added costs. As an international traveler, you face an increased risk of falling victim and paying more than you owe. Review every bill and receipt you receive and don't be afraid to question charges you can't explain yourself. Being mindful of these five simple tips, you should avoid some of the most serious risks of traveling abroad in Denmark while also adjusting well to the dynamics of a new culture.

Raquel is a freelance writer and editor in the travel niche.